Swindon Village appears in the Domesday Survey of 1086 as a village of some 13 families with 9 ploughs teams. Nine of the families were free and four were effectively slaves. There was about a half a square mile in cultivation. The manor was owned by St. Oswald's Priory in Gloucester which at the time of the conquest had come under Stigand, Archbishop of Canterbury, but by the time of the survey was under Thomas Archbishop of York. The manor was rated at £4 10 shillings.

Before this first clear view of Swindon Village the picture is more hazy. Ancient Saxon charters which describe the northern border with Bishops Cleeve make reference to a tumulus and a barrow less than a mile from the current village centre. This indicates human activity nearby in Neolithic times. It is possible, then, that the area was being farmed one thousand years before Christ but there is nothing concrete to prove this. The Romans likewise left little mark except for some minor finds on the western border of the parish. It is probable that the land which now constitutes the parish was included in the original gift by Aethelflaed, Lady of the Mercians and daughter of King Alfred, when she first established the Priory of St Oswalds in 909AD. However the first sign positive of Swindon is when it appears as a fully fledged manor in Domesday.

The oldest construction is the tower of the Church of St. Lawrence which is dated to around 1100AD. It is one of only two six sided Norman towers in the county, the other being at Osleworth some 20 miles south. Originally the tower probably acted as the nave of the church with no more than a small chancel to the east. At some time over the next century the church appears to have been expanded to include a proper nave and chancel in Early English style with a south aisle added later. However the church was largely rebuilt in Victorian times and, while original windows can still be seen at the east end, the main body of the church stems from this time. The font is 15th century and there is a good peal of six bells from the 15th, 17th, 18th and 20th centuries. In Victorian times many of the great and good from Cheltenham visited Swindon and several are buried in the churchyard which has many interesting stones and memorials.

There are records of mills in Swindon dating from the 13th to the last century. One such was Priests Mill later Bedlam Mill on the River Chelt. This was given by the then lord of the manor, Simon Moryn, to the Hospital of St Sepulchre and St Margaret, a leper hospital in Gloucester. When the hospital later became a lunatic asylum the mill became known as Bedlam Mill by dint of its association with such an establishment. The mill later became a fulling, or cloth working, mill and in the 19th century the mill buildings became a private house. The mill house from the 17th century can still be seen in Haydens Lane as can Bedlam Forge which is a last reminder of the old name for the area.

Another mill operated for many years on the River Swilgate nearer the heart of the village. The pond for this mill could still be seen until the middle of the last century when it was filled in. The area is now covered by Manor Court, a modern development, and the amenity area.

On 3rd May 1471 King Edward IV and his Yorkist army passed through the village along what is now Runnings Road and Dog Bark Lane on his way to the Battle of Tewkesbury which took place next day.

The history of the manor of Swindon has been traced from the Domesday entry to modern times. Orginally owned by St Oswald's Priory, by the 12th century it was part of the barony of Churchdown directly under the Archbishop of York until he gave it to the Nunnery of Syon in the 15th century. The lords of the manor under the nunnery were the Clifford family of Frampton who became lords in their own right on the dissolution of the monasteries in the mid 1500s. The lordship passed from the Clifford family in 1627 and several families held the lordship over the centuries including Trotman, Sturmy, Statford. The last lord we can trace was Lt Col Gordon Smyth who died in 1964 and who is buried in the churchyard.

The Manor House would appear to have been built in the mid 16th century as a relatively small timber frame house, the wooden frame of which is still visible within the present much larger house together with fireplaces and chimneys from that time. The House was expanded in a number of phases during the 18th and 19th centuries and finally, in the late 20th century, was converted with some additions into six individual dwellings. It can be seen well from the churchyard. Some of the records of the manor court from the mid 14th century to the mid 16th century are still available. They make reference to such ancient locations as Kingsditch and detail the minor administrative affairs and petty wrongdoings of the time.

Swindon Hall started as a smaller house probably built in the mid 17th century. This house was expanded over the years such that by the early 19th century it was referred to as a mansion house. However in 1840, John Surman Surman, who's predessessors had lived in the house since 1700, came into a legacy from his employer and relative Jemmy Wood, the miser banker of Gloucester, upon whom Dickens modelled his character Scrooge. The money allowed Surman to undertake a major expansion of the house including building that part of the Hall which overlooks the playing fields. He also bought many of the houses and much of the land in the parish and paid for the expansion of the Rectory, into which he moved his brother as rector. Surman money helped rebuild the church and establish the school. On Surman's death in 1880 the estate was split up and the Hall was owned by a number of families until it was taken over by the Army during the Second World War.

During the war the Hall and the Manor were both commandeered and huts were built over the Hall grounds and the land that is now the playing fields to create a transit camp. This held a number of units including the Royal Engineers fresh from Dunkirk, The South Lancashire Regiment and the Welsh Fusiliers until it later became a prisoner of war camp for Italians. The roof of the Hall was burned during the war, probably by an incendiary bomb, such that it was not habitable after the war. In 1949 the property was restored and converted to five dwellings.

There has long been a legend attached to the Hall that Henry VIII and Anne Boleyn spent their honeymoon there. In fact the original building on which the Hall is based probably dates from at least a century after Henry VIII. However previous village historians have thought that there was once a hunting lodge nearby. It is possible that this could have been in the form of a moated house since the lake in the grounds of Swindon Hall may well have been the base of such a 14th century house. In addition the tax rolls of 1522 show that Sir John Bridges, who was well known to Henry, owned some property in the village. There is then a link of some sort and the legend is very old, indeed it prompted the naming of Boleyn Cottages on Church Lane. We will probably never be sure whether the legend has any basis of truth

Swindon never had a central inn but a hostelry called the Cross Hands has existed at the location of the present pub of that name on the Tewkesbury Road since about 1780. It was expanded in about 1800 to become a tea room and dining house for those jaunting out from the newly expanded Cheltenham. The old Cross Hands was demolished in 1960 to be replaced by the present inn.

There are several other old buildings in the village. Brook House on the small central green was built by the Long family in the second half of the 18th century while its immediate neighbour Queen Anne's Cottage was probably built by the Surmans of what became The Hall in about 1715. Church Cottage, in the churchyard, is probably 17th century and is tied up with the legend of Maud's Elm since it is supposedly the home of Maud herself. The nearby Homestead was once the post office and sweet shop while cottage opposite the church was the post office until a few years ago. Apple Tree Cottage opposite the Cross Hands dates from about 1700.

The old school house built by the Victorians is also near the church and continued in use until the second half of the 20th century when it was replaced by a new school opposite the playing fields and converted to become a private house.

Quat Goose Lane has a number of old buildings including several associated with The Hall at the playing field end. These were built at the time of The Hall's expansion in the mid 19th century and include Swindon Hall Farm and the vineries, now private houses. Right at the end of Quat Goose Lane is Home Farm also built by John Surman Surman around this time. Yew Tree Cottage on the junction with Rivelands Road was originally two cottages. They were built in the 18th century as were many other cottages nearby, some still original and other incorporated into more modern buildings.

The Birmingham to Gloucester Railway Company drove the railway line through the parish in 1840 and the Old Crossing Cottage on Brockhampton Lane was built at this time, though the upper floor was added later when the line was taken over by the Midland Railway in1850.

During the Second World War shadow factories were built on farm land near the Tewkesbury Road. After the war these were slowly added to until they finally became the Kingsditch Industrial Park and the Gallagher Retail Estate. The 1960 saw the infilling of much of the village with modern housing. Until this time Swindon had remained primarily an agricultural community with several farms operating. Indeed Manor Farm still operates within a few yards of the village centre and Swindon Farm and Home Farm are working farms. 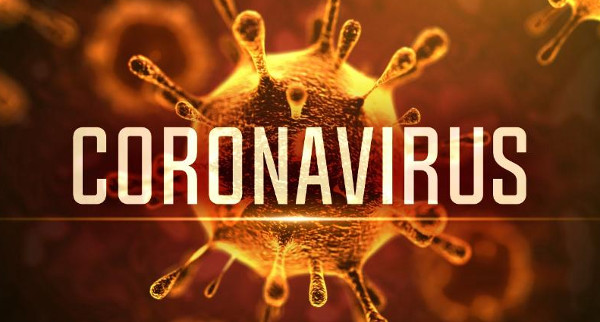 If you need help or can offer help to others please click the banner above. This will take you to a page where you can register on the Community Hub. There is also a dedicated email address and telephone number for you to contact our coronavirus response team of volunteers.